He woke up to find two emails waiting to be read. The latest one said, ‘Plz ignore the first.’ Intrigued, he opened the one sent earlier. It was sent around midnight and contained an incoherent mash of multiple insignificant things.

She must have visited his social media page and perhaps got ticked off by something and dropped in a drunken message citing what others had commented. He read the email once and then read it again, to ensure that he didn’t miss any message between the lines. Much to his relief, there wasn’t any.

‘Why?? why would you even be interested?’ he was amused.

“Scoot now. Get lost and stay lost” was the last he heard from her.  It had sounded funny coming from a woman he had largely known to be timid and mild mannered. He must have done something right to topple her, and for once, make herself heard.

”Love the choice of words, hon” he had texted back and shut down his laptop. Later that night, he kept playing those words in a loop in his head. It was ironical the way their relationship had come down crashing. They were planning a day out and just when it appeared that they would be able to finalize a place and distance that suited them both, she snapped and just decided to end everything then and there and never called back.

He knew that he needed that insult from her to stay firm and keep it from getting any messier. It was such a clean cut that he marveled at the preciseness of the incision she had made. There were no metaphors that could come close, a hot cleaver through the butter, a single snap of scissors through the paper, a laser…he struggled and grimaced at his lack of ingenuity to describe it better. He wanted to call and compliment her for doing it so neatly but fought the urge to avoid sending out another confused signal.

But this morning, her emails caused a disruption of sorts. It was like a stone being thrown into a placid lake. He may have sent in a reply to the earlier mail and used it as an opportunity to let bygones be, but clearly the following one liner indicated that the she did not wish to budge from her stance.

“Why would you send something and then ask to ignore it?” he asked himself. It did not make much sense. Maybe she actually wanted him ‘not’ to ignore the email and call back or get in touch. Perhaps she was feeling bad about her choice of words the other day but couldn’t muster enough courage to connect again.

“Nope, can’t be” he dismissed the idea. She was one of the most clear headed person he had ever met. If she didn’t like something, she wouldn’t fake liking it. She was strong willed and knew her mind, even if she wasn’t always vocal about it.

”It was still a very stupid reason to let go of everything and end on such a livid note” he reasoned. Clearly he hadn’t stopped thinking about her. In fact, the more he tried to get her off his head, the lesser he could focus.

”Maybe I should just send her a message”, it seemed like a good idea in his head. He couldn’t exist in this realm of uncertainty forever. “She had walked out in anger. People get angry and make up again. It shouldn’t be a big deal, right?” he kept convincing himself.

If nothing else, he would at least get a proper closure or a confirmation that their relationship no longer mattered. He needed a formal exit – something that could dispel all doubts and clear the air between them, even if it meant they will never be together again.

He picked up his phone, took a moment before scrolling down to her name and texted “Still playing lost and found?”. He knew that he didn’t need more words to convey that he missed her.

He saw the ticks go from single to double and turn blue and then waited an eternity staring at the message window.

She sent out a reply the next morning. It read “Let’s stay lost. It is better that ways.”

She had chosen her words well again and left no scope for any ambiguity now. He wondered why did he think there was any confusion earlier. What part of ‘Get lost and stay lost’ wasn’t clear to him before. He felt stupid.

“I agree, totally better that ways” he muttered under his breath, let a sigh escape his lips and deleted her number from his phone. 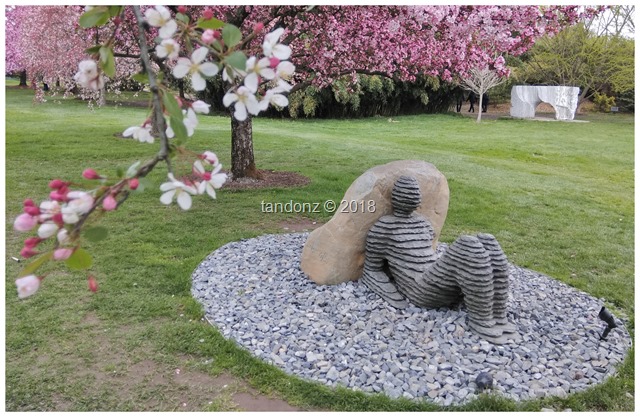